Your Baby Is Ugly

Can you handle the truth?

But you are the creator and “parent” of your ugly baby website and are simply too close to it to see its many flaws.

90 minutes of money-saving goodness – Tim’s Expert Website Review is an interactive online audit that provides a detailed diagnostic evaluation of your website from an online conversion and customer-centric perspective. Learn how to quickly improve your site to generate more happy customers and higher revenue from the man who literally wrote the bestselling books on the subject. 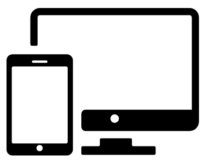 Choose your focus – Desktop, Mobile or both.

Afterward, you will receive a video recording of the review, for you to share with your team, and replay as often as needed to make powerful site improvements.

You will be thrilled – Tim personally guarantees it! Yep, if you did not get massive value at the end of the review, just tell Tim and you’ll get a complete refund!

(It’s never happened over hundreds of reviews and 15 years, so he is pretty confident…)

“If your business depends on a website, having Tim critique it may be the single most valuable way you could spend an hour. Incredible.”

“The Expert Website Review exceeded our expectations! Tim communicated his ideas honestly and transparently and backed them up with very specific guidance and explanations. The review was extremely helpful and we look forward to making a round of changes immediately!”

“Tim’s expert review was exactly what we wanted – we were given lots of clear practical advice! These are tactical changes that we plan to make immediately to improve our website. Tim spent a lot of time with our team to make sure that all questions were answered completely. We got a lot of value from the review and would recommend it to anyone looking to grow their ecommerce business!”

“The Expert Website Review was super helpful.   We are so close to this website that we did not see many of the significant opportunities that were uncovered and discussed. The review was jam-packed with actionable ideas – my biggest problem is deciding which ones to prioritize first!”

“Tim’s expert website review was an eye-opener!  We were so close to the business that we could no longer see the site from the perspective of our visitors. He uncovered fundamental improvements to our business and gave us a long list of practical changes to the site. I will be recommending Tim’s website reviews at every opportunity!”

“Absolutely NOBODY knows more about landing page optimization than the man who wrote the book on it. At BlitzMetrics, we make Tim’s book required reading.”

“Tim provided a live, video-conference review of several of my company’s websites and PPC landing pages, and gave us several hours of detailed, interactive discussion. The information he provided was eye-opening and actionable.

Based on Tim’s feedback, we were able to rework several projects and our overall outcome improved dramatically. His leadership and teaching helped us change our web and PPC strategy to be more efficient and effective.

I would recommend Tim’s services to anyone in need of world-class conversion rate optimization and website improvements. I am very much looking forward to working with Tim again in the future.”

Tim Ash is an acknowledged authority on evolutionary psychology and digital marketing. He is a sought-after international keynote speaker, and the bestselling author of Unleash Your Primal Brain and Landing Page Optimization (with over 50,000 copies sold worldwide, and translated into six languages).

Tim is a highly-rated keynote speaker and presenter at over 200 events across four continents. He has been asked to return as a keynote at dozens of events because of the fantastic audience response. Tim shines on massive stages with over 12,000 attendees, as well as in intimate executive events or workshops. He offers dynamic conference keynotes, workshops, and corporate training services (both in-person and virtually). Tim also selectively works as an online marketing advisor with senior executives.

For nineteen years he was the co-founder and CEO of SiteTuners – a strategic digital optimization agency. Tim has developed deep expertise in user-centered design, persuasion, understanding consumer behavior, neuromarketing, and landing page testing. In the mid-1990s he became one of the early pioneers in the discipline of website conversion rate optimization (CRO).

He was the founding chair of the international Digital Growth Unleashed event series (with over 30 conferences in the US and Europe since 2010). Since 1995, he has authored more than 100 published articles. Tim was also the online voice of website improvement as the host of the Landing Page Optimization Podcast on WebmasterRadio.fm (over 130 recorded interview episodes with top online marketing experts).

Tim earned a dual-major Bachelor of Science degree “with highest distinction” in Computer Engineering and Cognitive Science from U.C. San Diego while studying on a U.C. Regents Scholarship (the highest academic award of the U.C. system). He stayed on at U.C. San Diego for Ph.D. studies focused on machine learning and artificial intelligence. Although Tim never defended his dissertation, he advanced to candidacy and also earned his Master’s degree in Computer Science along the way.

Originally born in Russia, Tim has been a long-time resident of San Diego, where he lives with his wife and two children within walking distance of the Pacific Ocean. Tim was a conference-winning collegiate sabre fencer and Athlete of the Month at U.C. San Diego, and is a certified Tai Chi Chuan martial arts instructor. He is a poet, painter, and an avid photographer specializing in travel and fine-art figurative work.

Choose your focus – Desktop, Mobile or both 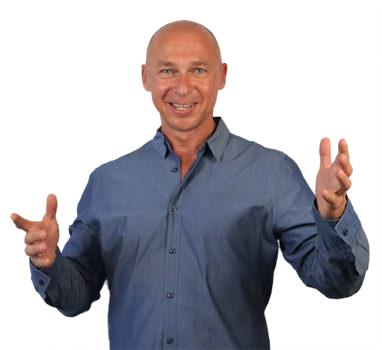